From today, Michael Gove is the new Secretary of State at the Ministry of Housing, Communities and Local Government (MHCLG) 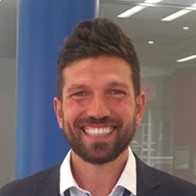 ➡ From today, Michael Gove is the new Secretary of State at the Ministry of Housing, Communities and Local Government (MHCLG)

Key attributes for the job?

➡ Gove thinks of himself as a grand reformer (something he has tried to do in his previous roles as Education, Justice Secretary and in his central role in the Vote Leave campaign) ❎
➡ He has never been afraid to ruffle feathers and take bold action, but equally this has made him very unpopular 🙅‍♂️
➡ He is said to be an effective operator in Whitehall, which could help some of the key ambitions of MHCLG 🥇

First day on the job, his in-tray includes:

➡ Deciding where and how new housing should be approved 🤷‍♂️
➡ Creating a new strategy to meet the government’s 300,000-a-year housing target 🎯
➡ Solve the unresolved post-Grenfell building safety crisis, as hundreds of leaseholders facing bills of up to £200,000 each protest in Westminster 👨‍👩‍👧‍👧
➡ Gove will also oversee local governments that are facing continuing pressures on their budgets 💰
➡ Plus... all ongoing issues over planning, housebuilding, leasehold, cladding and rental reform ✍

He does has a recent record of objecting to housing developments:

➡ In 2019, he declared he was “deeply concerned” about plans to build a 1,500-home garden village on the site of Fairoaks airport 🏡
➡ In 2020 he spoke at a planning appeal hearing against a scheme in Bagshot for 44 homes - almost half of the homes were to be affordable and were given the go-ahead regardless ✅

But what of the current team at MHCLG?

➡ Christopher Pincher, MP for Tamworth, was appointed as Housing Minister in February 2020
➡ The reshuffle of junior ministers - which the position of Housing Minister falls under - is expected to be announced today
➡ If Pincher were to go the industry would be onto its 18th new minister since 2001 - and the 11th since the Tories returned to power in 2010